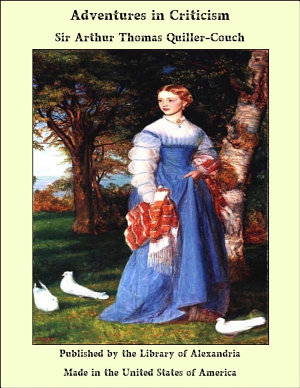 And I seem to see in this edition of Chaucer the beginning of the realization of a dream which I have cherished since first I stood within the quadrangle of the Clarendon PressÑthat fine combination of the factory and the palace. The aspect of the Press itself repeats, as it were, the characteristics of its government, which is conducted by an elected body as an honorable trust. Its delegates are not intent only on money-getting. And yet the Clarendon Press makes money, and the University can depend upon it for handsome subsidies. It may well depend upon it for much more. As the Bank of EnglandÑto which in its system of government it may be likenedÑis the focus of all the other banks, private or joint-stock, in the kingdom, and the treasure-house, not only of the nation's gold, but of its commercial honor, so the Clarendon PressÑtraditionally careful in its selections and munificent in its rewardsÑmight become the academy or central temple of English literature. If it would but follow up Professor Skeat's Chaucer with a resolution to publish, at a pace suitable to so large an undertaking, all the great English classics, edited with all the scholarship its wealth can command, I believe that before long the Clarendon Press would be found to be exercising an influence on English letters which is at present lacking, and the lack of which drives many to call, from time to time, for the institution in this country of something corresponding to the French Academy. I need only cite the examples of the Royal Society and the Marylebone Cricket Club to show that to create an authority in this manner is consonant with our national practice. We should have that centre of correct information, correct judgment, correct tasteÑthat intellectual metropolis, in shortÑwhich is the surest check upon provinciality in literature; we should have a standard of English scholarship and an authoritative dictionary of the English language; and at the same time we should escape all that business of the green coat and palm branches which has at times exposed the French Academy to much vulgar intrigue. 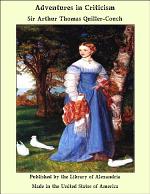 Authors: Sir Arthur Thomas Quiller-Couch
Categories:
And I seem to see in this edition of Chaucer the beginning of the realization of a dream which I have cherished since first I stood within the quadrangle of the Clarendon PressÑthat fine combination of the factory and the palace. The aspect of the Press itself repeats, as it 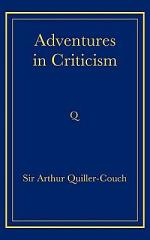 Authors: Quillercouch Arthur
Categories: Literary Criticism
Unlike some other reproductions of classic texts (1) We have not used OCR(Optical Character Recognition), as this leads to bad quality books with introduced typos. (2) In books where there are images such as portraits, maps, sketches etc We have endeavoured to keep the quality of these images, so they
Language: en
Pages: 440