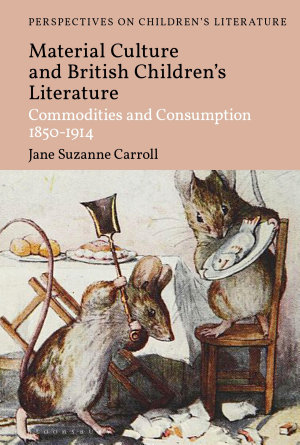 The “golden age” of children's literature in the late 19th and early 20th century coincided with a boom in the production and trade of commodities. The first book-length study to situate children's literature within the consumer culture of this period, Children's Literature and Material Culture explores the intersection of children's books, their consumerism and the representation of commodities within British children's literature. In tracing the role of objects in key texts from the turn of the century, Jane Suzanne Carroll uncovers the connections between these fictional objects and the real objects that child consumers bought, used, cherished, broke, and threw away. Beginning with the Great Exhibition of 1851, this book takes stock of the changing attitudes towards consumer culture – a movement from celebration to suspicion – to demonstrate that children's literature was a key consumer product, one that influenced young people's views of and relationships with other kinds of commodities. Drawing on a wide spectrum of well-known and less familiar texts from Britain and Ireland, this book examines works from Lewis Carroll's Through the Looking Glass, and What Alice Found There and E. Nesbit's Five Children & It to Christina Rossetti's Speaking Likenesses and Mrs Molesworth's The Cuckoo Clock. Placing children's fiction alongside historical documents, shop catalogues, lost property records, and advertisements, Carroll provides fresh critical insight into children's relationships with material culture and reveals that even the most fantastic texts had roots in the ordinary, everyday things. 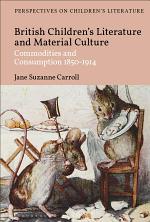 Authors: Jane Suzanne Carroll
Categories: Literary Criticism
The 'golden age' of children's literature in the late 19th and early 20th century coincided with a boom in the production and trade of commodities. The first book-length study to situate children's literature within the consumer culture of this period, British Children's Literature and Material Culture explores the intersection of 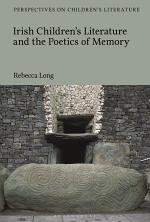 Irish Children’s Literature and the Poetics of Memory

Authors: Rebecca Long
Categories: Literary Criticism
Focusing on the mythological narratives that influence Irish children's literature, this book examines the connections between landscape, time and identity, positing that myth and the language of myth offer authors and readers the opportunity to engage with Ireland's culture and heritage. It explores the recurring patterns of Irish mythological narratives 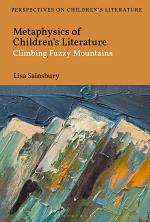 Authors: Lisa Sainsbury
Categories: Literary Criticism
Metaphysics of Children's Literature is the first sustained study of ways in which children's literature confronts metaphysical questions about reality and the nature of what there is in the world. In its exploration of something and nothing, this book identifies a number of metaphysical structures in texts for young people-such 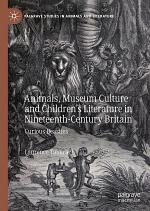 Authors: Laurence Talairach
Categories: Animals
Animals, Museum Culture and Children's Literature in Nineteenth-Century Britain: Curious Beasties explores the relationship between the zoological and palaeontological specimens brought back from around the world in the long nineteenth century be they alive, stuffed or fossilised and the development of children's literature at this time. Children's literature emerged as