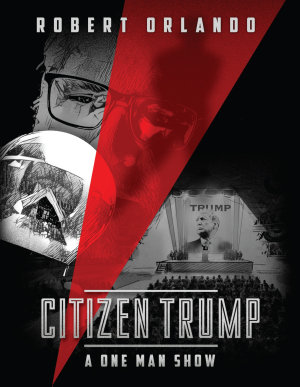 Writer/director Robert Orlando, locked down during the Covid-19 pandemic, learned Citizen Kane was Trump’s favorite film, and the parallels were astonishing. Both Kane and Trump are swaggering masters of media, and both claim to stand for the working man. “Orson Welles, the boy genius of Kane, was possessing me from the grave,” states Orlando. In Orlando’s acclaimed documentary Citizen Trump, we witness Trump, like Kane, trying to escape unglamorous beginnings. A decades-long effort to rise as aspiring Hollywood mogul, real estate player, darling of gossip columnists, casino owner, dabbler in politics, and reality TV star. Each new stage was a rehearsal for his role as president. In this follow-up to the film, Orlando takes an even deeper dive into the nature of Trump’s background as an entertainer—and how it led to the miraculous upset of Clinton and his rise as president. Truth-be-told, Kane was crushed by scandal; Trump was not. He triumphed above front-page divorces, bankruptcies, unprecedented media attacks, and political chaos. Did his failed attempt at re-election end his star power? Citizen Trump gives us our looking glass. “Filmmaker Robert Orlando probes some of the secrets of Trump’s obsessions, and finds answers in what the president has described as his favorite film [Citizen Kane]…. Striking, very watchable. Fascinating film!” —Michael Medved, Movie Critic “Robert Orlando’s 2020 documentary shows Trump’s favorite film is a road map to his methods.” —Joseph Serwach, Medium “To do so, he tells President Trump’s life story in the cinematographic style of Citizen Kane, incorporating the iconic snow globe, the campaign poster, and even the mysterious word (‘Rosebud’) that is central to Orson Welles’ masterpiece.” —Gabriel Andrade, Merion West “Through the lens of the 1941 classic Citizen Kane, a documentary filmmaker seeks to understand the life journey of President Trump and his successful venture into politics.” —Josh Shepherd, The Federalist “This is the fascinating parallel that inspired Robert Orlando. The film is remarkable—truly in the literal sense. It’s visually engaging, if not riveting.” —Paul Kengor, The American Spectator 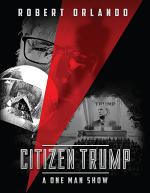 Authors: Robert Orlando
Categories: Biography & Autobiography
Writer/director Robert Orlando, locked down during the Covid-19 pandemic, learned Citizen Kane was Trump’s favorite film, and the parallels were astonishing. Both Kane and Trump are swaggering masters of media, and both claim to stand for the working man. “Orson Welles, the boy genius of Kane, was possessing me from 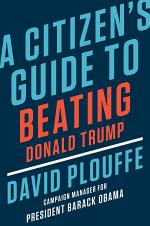 Authors: David Plouffe
Categories: Political Science
A NEW YORK TIMES BESTSELLER As seen on CBS This Morning, PBS NewsHour, The Daily Show with Trevor Noah, Pod Save America and more A voter's playbook on making a difference in the 2020 election and beyond from the most recognized and most successful political strategist in the country If
Language: en
Pages: 106 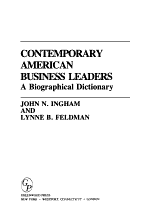 Authors: John N. Ingham, Lynne B. Feldman
Categories: Biography & Autobiography
. . . includes biographies of 116 people whom the authors considered `historically most significant' from post-World War II to the present. Its introduction is an excellent review of significant happenings in U.S. business. The rise of automobile manufacturing, which spawned service stations that resulted in customized auto repair shops, 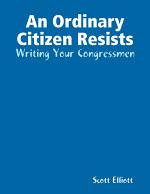 Authors: Scott Elliott
Categories: Law
Scott is an ordinary citizen very concerned about the future of America under the presidency of Donald Trump. One way Scott is seeking to "resist" is by writing letters to his congressman and senators. Scott offers letters he has written as examples to hopefully inspire readers to also write their