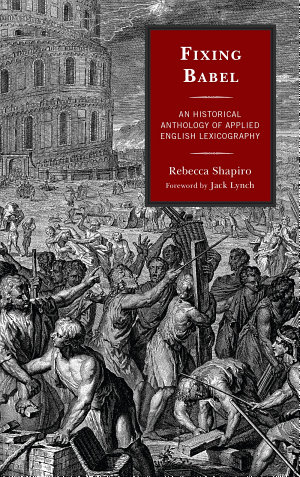 We all think we know what a dictionary is for and how to use one, so most of us skip the first pages—the front matter—and go right to the words we wish to look up. Yet dictionary users have not always known how English “works” and my book reproduces and examines for the first time important texts in which seventeenth- and eighteenth-century dictionary authors explain choices and promote ideas to readers, their “end users.” Unlike French, Spanish, and Italian dictionaries compiled during this time and published by national academies, the goal of English dictionaries was usually not to “purify” the language, though some writers did attempt to regularize it. Instead, English lexicographers aimed to teach practical ways for their users to learn English, improve their language skills, even transcend their social class. The anthology strives to be comprehensive in its coverage of the first phase of this tradition from the early seventeenth century—from Robert Cawdrey’s (1604) A Table Alphabeticall, to Samuel Johnson’s Dictionary of the English Language (1755), and finally, to Noah Webster’s An American Dictionary of the English Language (1828). The book puts English dictionaries in historical, national, linguistic, literary, cultural contexts, presenting lexicographical trends and the change in the English language over two centuries, and examines how writers attempted to control it by appealing to various pedagogical and legal authorities. Moreover, the development of dictionary and attempts to codify English language and grammar coincided with the arc of the British Empire; the promulgation of “proper” English has been a subject of debate and inquiry for centuries and, in part, dictionaries and the teaching of English historically have been used to present and support ideas about what is correct, regardless of how and where English is actually used. The authors who wrote these texts apply ideas about capitalism, nationalism, sex and social status to favor one language theory over another. I show how dictionaries are not neutral documents: they challenge or promote biases. The book presents and analyzes the history of lexicography, demonstrating how and why dictionaries evolved into the reference books we now often take for granted and we can see that there is no easy answer to the question of “who owns English.” 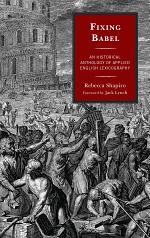 Authors: Rebecca Shapiro
Categories: Language Arts & Disciplines
We all think we know what a dictionary is for and how to use one, so most of us skip the first pages—the front matter—and go right to the words we wish to look up. Yet dictionary users have not always known how English “works” and my book reproduces and
Language: en
Pages: 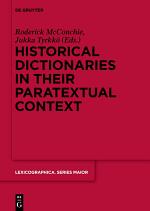 Historical Dictionaries in their Paratextual Context

Authors: Roderick McConchie, Jukka Tyrkkö
Categories: Language Arts & Disciplines
Both dictionary and paratext research have emerged recently as widely-recognised research areas of intrinsic interest. This collection represents an attempt to place dictionaries within the paratextual context for the first time. This volume covers paratextual concerns, including dictionary production and use, questions concerning compilers, publishers, patrons and subscribers, and their 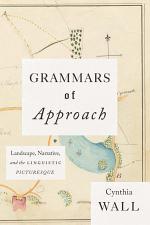 Authors: Cynthia Wall
Categories: Literary Criticism
In Grammars of Approach, Cynthia Wall offers a close look at changes in perspective in spatial design, language, and narrative across the late eighteenth and early nineteenth centuries that involve, literally and psychologically, the concept of “approach.” In architecture, the term “approach” changed in that period from a verb to 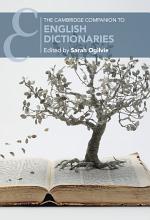 The Cambridge Companion to English Dictionaries

Authors: Sarah Ogilvie
Categories: Literary Criticism
How did a single genre of text have the power to standardise the English language across time and region, rival the Bible in notions of authority, and challenge our understanding of objectivity, prescription, and description? Since the first monolingual dictionary appeared in 1604, the genre has sparked evolution, innovation, devotion,