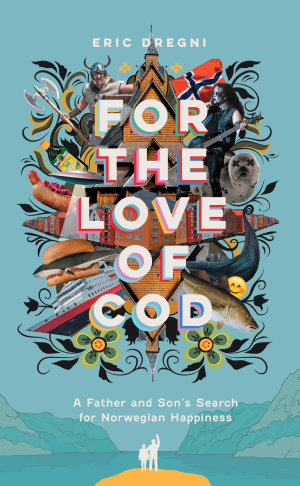 A journey to find Norway’s supposed bliss makes for a comic travelogue that asks, seriously, what makes Norwegians so damn happy—and does it translate? Norway is usually near or at the top of the World Happiness Report. But is it really one of the happiest countries on Earth? Eric Dregni had his doubts. Years ago he and his wife had lived in this country his great-great-grandfather once fled. When their son Eilif was born there, the Norwegian government paid for the birth, gave them $5,000, and deposited $500 into their bank account every month, but surely happiness was more than a generous health care system. What about all those grim months without sun? When Eilif turned fifteen, father and son decided to go back together and investigate. For the Love of Cod is their droll report on the state of purported Norwegian bliss. Arriving in May, a month of festivals and eternal sun, the Dregnis are thrust into Norway at its merriest—and into the reality of the astronomical cost of living, which forces them to find lodging with friends and relatives. But this gives them an inside look at the secrets to a better life. It’s not the massive amounts of money flowing from the North Sea oil fields but how these funds are distributed that fuels the Norwegian version of democratic socialism—resulting in miniscule differences between rich and poor. Locals introduce them to the principles underlying their avowed contentment, from an active environmentalism that translates into flyskam (flight shame), which keeps Norwegians in the family cabin for the long vacations prescribed by law and charges a 150 percent tax on gas guzzlers (which, Eilif observes, means more Teslas seen in one hour than in a year in Minnesota!). From a passion for dugnad or community volunteerism and sakte or “slow,” a rejection of the mad pace of modernity, to the commodification of Viking history and the dark side of Black Metal music that turns the idea of quaint, traditional Norway upside down, this idiosyncratic father and son tour lets readers, free of flyskam, see how, or whether, Norwegian happiness translates. 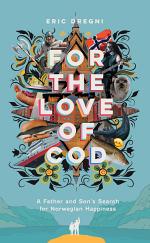 For the Love of Cod

Authors: Eric Dregni
Categories: Biography & Autobiography
A journey to find Norway’s supposed bliss makes for a comic travelogue that asks, seriously, what makes Norwegians so damn happy—and does it translate? Norway is usually near or at the top of the World Happiness Report. But is it really one of the happiest countries on Earth? Eric Dregni
Language: en
Pages: 83 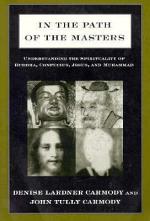 In the Path of the Masters

Authors: Denise Lardner Carmody, John Carmody
Categories: Religion
In this compact book, the authors reflect on the legacy of four great religious thinkers: Buddha, Jesus, Confucius, and Muhammad. They offer a brief biography of each founder, describing the events that most shaped his life, how his personal spirituality developed, how he lived and how he died, what kind 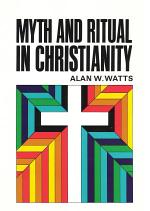 Myth and Ritual In Christianity

Authors: Alan Watts
Categories: Philosophy
“Our main object will be to describe one of the most incomparably beautiful myths that has ever flowered from the mind of man, or from the unconscious processes which shape it and which are in some sense more than man.… This is, furthermore, to be a description and not a