An amazing collection of Horus Heresy Primarch short strories. A must have for all fans of Horus Heresy Canticle by David Guymer Crash landed upon a world of perpetual gloom, a young Ferrus Manus is forced to fight for his survival. Upon discovering a strange vessel, he investigates the ship but quickly finds himself battling monstrosities he is ill-prepared for. The Verdict of the Scythe by David Annandale Heavily criticised by his brothers over the brutal campaign at Galaspar, Mortarion attempts a new approach during the compliance of Absyrtus. However, discovering treachery at every turn, the Lord of Death must accept an unavoidable truth. A Game of Opposites by Guy Haley Jaghatai Khan makes a virtue of being unknowable, yet Warsmith Xyrokles has studied the Warhawk’s teachings. Choosing to step into the trap laid for him, the Khan of Khans teaches the traitors just how deadly their ignorance truly is. Better Angels by Ian St. Martin Art and war stand fist in glove where it concerns the warriors of the IX Legion. Wending a path through their turbulent history, during the days of the Great Crusade and the Horus Heresy, a Blood Angels neophyte then legionary tries to capture the essence of beauty and art to present to his primarch, Sanguinius. The Conqueror’s Truth by Gav Thorpe Brought aboard the Nightfall, the remembrancer Ares desires to witness the glory of the Great Crusade. The primarch of the Night Lords, Konrad Curze, grants her request, sending her as a witness to a compliance of his Legion first hand, but in so doing reveals a dark and inconvenient truth. The Sinew of War by Darius Hinks After having crushed a rebellion in Illyria, a young Roboute Guilliman returns to the capital of Macragge City to be reunited with his father, Konor, only to discover insurrection and unrest running rampant. The Chamber at the End of Memory by James Swallow As the Siege of Terra nears, Rogal Dorn uncovers a series of bizarre deaths within the inner walls of the Palace. To find the truth, and faced with no other choice, the primarch must defy the edict of Nikaea and return his Librarius to service, but what he discovers will shake him to his very core. First Legion by Chris Wraight Locked in the midst of the Rangdan Xenocides, the Dark Angels of the First Legion are contacted by a mysterious warship under the command of Alpharius. When the stranger begins to ask questions about the campaign, he is summoned to the presence of the Lion himself for judgement.

Scions of the Emperor: An Anthology

Authors: David Guymer
Categories: Fiction
An amazing collection of Horus Heresy Primarch short strories. A must have for all fans of Horus Heresy Canticle by David Guymer Crash landed upon a world of perpetual gloom, a young Ferrus Manus is forced to fight for his survival. Upon discovering a strange vessel, he investigates the ship

Heralds of the Siege

Authors: Graham McNeill
Categories: Fiction
A Siege of Terra novella from New York Times best selling author Graham McNeill. The Shattered Legion crew of the Sisypheum, broken and at the end of their endurance, find themselves divided; torn between following their resurrected captain on a suicidal mission or obeying orders to return to Terra and 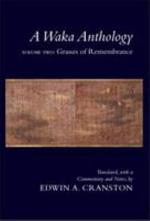 Authors: Edwin A. Cranston
Categories: Japanese poetry
The second volume carries forward the story of Japanese court poetry through its Early Classical period, drawing from sources dating from the 890s to the 1080s. These two centuries saw the revival of the prestige of poetry in the native tongue after a century of official preference for versification in 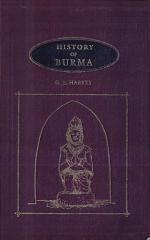