Language research thrives on data collected from spontaneous interactions in naturally occurring situations. However, the process of collecting, transcribing, and analyzing naturalistic data can be extremely time-consuming and often unreliable. This book describes three basic tools for language analysis of transcript data by computer that have been developed in the context of the "Child Language Data Exchange System (CHILDES)" project. These are: the "CHAT" transcription and coding format, the "CLAN" package of analysis programs, and the "CHILDES" database. These tools have brought about significant changes in the way research is conducted in the child language field. They are being used with great success by researchers working with second language learning, adult conversational interactions, sociological content analyses, and language recovery in aphasia, as well as by students of child language development. The tools are widely applicable, although this book concentrates on their use in the child language field, believing that researchers from other areas can make the necessary analogies to their own topics. This thoroughly revised 2nd edition includes documentation on a dozen new computer programs that have been added to the basic system for transcript analysis. The most important of these new programs is the "CHILDES" Text Editor (CED) which can be used for a wide variety of purposes, including editing non-Roman orthographies, systematically adding codes to transcripts, checking the files for correct use of "CHAT," and linking the files to digitized audio and videotape. In addition to information on the new computer programs, the manual documents changed the shape of the "CHILDES/BIB" system--given a major update in 1994--which now uses a new computer database system. The documentation for the "CHILDES" transcript database has been updated to include new information on old corpora and information on more than a dozen new corpora from many different languages. Finally, the system of "CHAT" notations for file transcript have been clarified to emphasize the ways in which the codes are used by particular "CLAN" programs. The new edition concludes with a discussion of new directions in transcript analysis and links between the "CHILDES" database and other developments in multimedia computing and global networking. It also includes complete references organized by research topic area for the more than 300 published articles that have made use of the "CHILDES" database and/or the "CLAN" programs. LEA also distributes the "CLAN" programs and the complete "CHILDES" Database--including corpora from several languages and discourse situations--described in "The CHILDES Project." Be sure to choose the correct platform (IBM or Macintosh) for the "CLAN" programs; the "CHILDES" Database CD-ROM runs on both platforms.
Language: en
Pages:

Authors: Brian MacWhinney
Categories:
Language research thrives on data collected from spontaneous interactions in naturally occurring situations. However, the process of collecting, transcribing, and analyzing naturalistic data can be extremely time-consuming and often unreliable. This book describes three basic tools for language analysis of transcript data by computer that have been developed in the 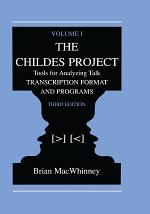 Authors: Brian MacWhinney
Categories: Language Arts & Disciplines
Volume I is the first of two volumes that document the three components of the CHILDES Project. It is divided into two parts which provide an introduction to the use of computational tools for studying language learning. The first part is the CHAT manual, which describes the conventions and principles 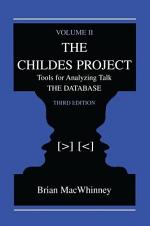 The CHILDES Project: The database 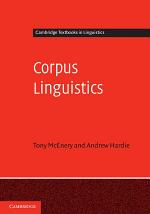 Authors: Tony McEnery, Andrew Hardie
Categories: Language Arts & Disciplines
Corpus linguistics is the study of language data on a large scale - the computer-aided analysis of very extensive collections of transcribed utterances or written texts. This textbook outlines the basic methods of corpus linguistics, explains how the discipline of corpus linguistics developed and surveys the major approaches to the