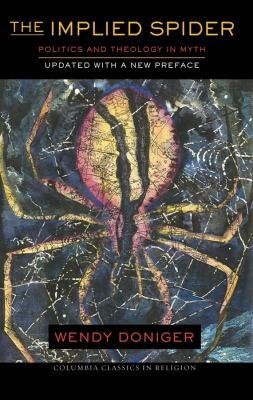 Wendy Doniger's foundational study is both modern in its engagement with a diverse range of religions and refreshingly classic in its transhistorical, cross-cultural approach. By responsibly analyzing patterns and themes across context. Doniger reinvigorates the comparative reading of religion while tapping into a wealth of narrative traditions. from the instructive tales of Judaism and Christianity to the moral lessons of the Bhagavad Gita. She extracts political meaning from a variety of texts while respecting the original ideas of each. A new preface confronts the difficulty of contextualizing the comparison of religions as well as controversies over choosing subjects and positioning arguments, and the text itself is expanded and updated throughout. `An entertaining and highly accessible look at how myths reveal what is common to all humanity.---Parabola `A racy, enjoyable book...Wendy Doniger brings to her study a wealth of story and folklore from many different traditions, exploring creatively the enduring role of myth through time and across cultures.---Theological Book Review `A timely meditation on what comparative studies might mean...a cross-cultural comparison of different stories from different areas of the world, different tribes, different languages."---London Review of Books "A book that is particularly worthy of the attention of readers in religious studies beyond the history of religions. Since it is Wendy Doniger's most methodological book. The Implied Spider is important, not fur its analysis of myths, but for the arguments that it makes in support of the comparative study of myths.'---Religious Studies Review "By analyzing the political, theological, and psychological structures of the sacred stories of various cultures through time, from the Hebrew Bible to Star Trek. Doniger shows how myths create a shared interdisciplinary narrative of all human creatures....Ranging widely, she offers a detailed, scholarly account."---Library Journal "Sparkingg with erudite and often entertaining intertextual references. The implied Spider is an impressive web delicately constructed of deft analysis together with a sustained argument about the myth's ability to convey and conjure the theological and the political. With its challenges to literary theorists, historians, and ethnographers, it takes various bulls by their respective horns, It will doubtless delight and surely provoke readers, whatever their ilk."---Church History 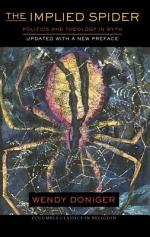 Authors: Wendy Doniger
Categories: Religion
Wendy Doniger's foundational study is both modern in its engagement with a diverse range of religions and refreshingly classic in its transhistorical, cross-cultural approach. By responsibly analyzing patterns and themes across context. Doniger reinvigorates the comparative reading of religion while tapping into a wealth of narrative traditions. from the instructive 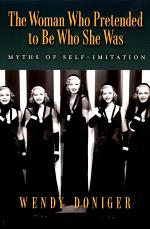 The Woman Who Pretended to Be Who She Was

Authors: Wendy Doniger
Categories: Literary Criticism
Many cultures have myths about self-imitation, stories about people who pretend to be someone else pretending to be them, in effect masquerading as themselves. This great theme, in literature and in life, tells us that people put on masks to discover who they really are under the masks they usually 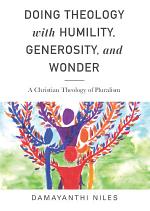 Authors: Damayanthi Niles
Categories: Religion
This book looks at how Christians can think about their own theology in a manner that will allow them to not only be more open to interfaith dialogue but also to see that conversation as essential to what it means to be a Christian. For much of history, Christian theology 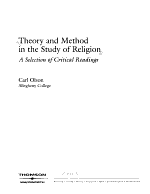 Theory and Method in the Study of Religion

Authors: Carl Olson
Categories: Religion
This anthology provides students with a useful collection of theoretical essays concerning the nature of religion and the methodological means by which scholars analytically approach the subject. Organized in a point/counterpoint fashion, this volume will foster in-class discussion and the honing of a student's own critical perspectives. 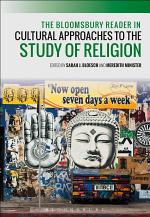 Bloomsbury Reader in Cultural Approaches to the Study of Religion

Authors: Meredith Minister, Sarah J. Bloesch
Categories: Religion
This is the first reader to gather primary sources from influential theorists of the late 20th and early 21st centuries in one place, presenting the wide-ranging and nuanced theoretical debates occurring in the field of religious studies. Each chapter focuses on a major theorist and contains: · an introduction contextualizing