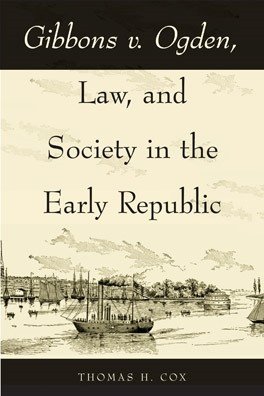 Gibbons v. Ogden, Law, and Society in the Early Republic examines a landmark decision in American jurisprudence, the first Supreme Court case to deal with the thorny legal issue of interstate commerce. Decided in 1824, Gibbons v. Ogden arose out of litigation between owners of rival steamboat lines over passenger and freight routes between the neighboring states of New York and New Jersey. But what began as a local dispute over the right to ferry the paying public from the New Jersey shore to New York City soon found its way into John Marshall’s court and constitutional history. The case is consistently ranked as one of the twenty most significant Supreme Court decisions and is still taught in constitutional law courses, cited in state and federal cases, and quoted in articles on constitutional, business, and technological history. Gibbons v. Ogden initially attracted enormous public attention because it involved the development of a new and sensational form of technology. To early Americans, steamboats were floating symbols of progress—cheaper and quicker transportation that could bring goods to market and refinement to the backcountry. A product of the rough-and-tumble world of nascent capitalism and legal innovation, the case became a landmark decision that established the supremacy of federal regulation of interstate trade, curtailed states’ rights, and promoted a national market economy. The case has been invoked by prohibitionists, New Dealers, civil rights activists, and social conservatives alike in debates over federal regulation of issues ranging from labor standards to gun control. This lively study fills in the social and political context in which the case was decided—the colorful and fascinating personalities, the entrepreneurial spirit of the early republic, and the technological breakthroughs that brought modernity to the masses. 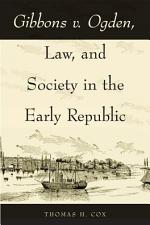 Gibbons v. Ogden, Law, and Society in the Early Republic 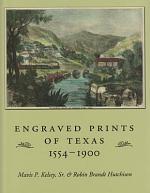 Authors: Mavis Parrott Kelsey, Robin Brandt Hutchison
Categories: Art
A collection of illustrated black-and-white engravings depicting the history of Texas from 1554 to 1900 presented chronologically and featuring a brief introduction to the historical background of each era.